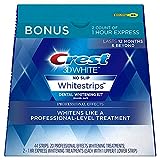 Anyone who now expects a treatise on Far Eastern love techniques, unfortunately, must be disappointed at this point.
Ohaguro refers to the fashion of tooth decay dating back to the middle of the first millennium in Japan. Iron filings were placed in tea or rice wine for oxidation. The resulting black broth was then applied to the teeth with a brush and adhesive powder. Originally practiced by noble women and men and by the samurai, the contrast to the pale complexion was considered particularly sensual from the 17th century, which is why the elaborate procedure among married women and the ladies of the brothel district was particularly hip. In 1871, Ohaguro was banned by cabinet decision. One did not want to be barbarians under the increasing Western influence.

The trend in the West: „whiter than white“

Even seasoned Westmen, who had to deal with brash railroad robbers, wild Sioux and food technically with worm-pierced Bärentatzen recipes, attached value to a beaming smile. Fred Walker, his special agent from St. Louis and „one of the best scouts of the mountains“ (original sound Old Shatterhand) is attributed to Karl May (1842 – 1912) as follows: (quote)
„But the strangest of this man was his face ……… Once the more than full lips parted, they saw two rows of dazzling white teeth, but I had immediately suspected to be spurious.“
And even better: Salek, alleged Baron and impostor with Viennese nonsense, in truth a nasty girl dealer, is described by the same author as follows: (quote) „… The pearl white teeth were far too beautiful, as that they would have considered real can… “
Obviously, the bleached smile in May’s days still stuck to something exclusive or semi-silk.

Bright white teeth for everyone!

In the 1940s, a Thorium-X containing radioactive toothpaste called Doramad was marketed and sold internationally in Germany. Thanks to this invention, the slogan of the beaming smile did not remain a blank advertising slogan.
Originally invented for Hollywood stars with a need for correction, now veneers, which are wafer-thin, ceramic veneer shells embellish, even the smile of ordinary man, provided he can afford it.
Less expensive is a tooth whitening at the dentist. Usual are three methods:
1.) The lightening with custom-made tooth rails, which are coated with a bleaching agent before insertion, so-called „home bleaching“
2.) Brightening by direct application of the bleaching agent in the dental practice, „power or in-office bleaching“
3.) „Walking-Bleach-Technique“: The whitening of teeth through deposits in the tooth.

Outer tooth stains are mostly due to habits like drinking coffee or drinking tea and smoking. In these cases, a do-it-yourself teeth whitening with bleaching strips can be tried. bleachingStrips are according to the cosmetics ordinance with a maximum of 0.1% hydrogen peroxide impregnated adhesive strips which are glued to the upper and lower rows of teeth and removed after a certain exposure time again. Very often, whitening strips are also offered peroxide-free, with the active ingredient sodium chlorite (sodium chlorite). Caution: sodium chlorite is not the same as sodium chloride (saline)!
The application of the products is very simple, the principle always the same:
The bleaching strips are removed from the package and the back film strip removed. Then the bleaching strip is glued to the row of teeth, over and behind the edge, applying gentle pressure. For a good grip you also press something in the joints between the teeth. Qualtätsblleichstreifen adhere well to the teeth and do not slip.
After the exposure time specified in the package leaflet, the strip is peeled off again and the teeth are thoroughly cleaned. Finished. The contact time varies with the providers, There are so-called express products, which advertise with a shorter exposure time than their Mitanbieter. Even with the duration of the application until a result is visible, the information from different manufacturers differ. The company Lovely Smile advertises that during the application of whitestrips both talked, drunk or other activities can be pursued. The company Crystal Smile expressly refers to the renunciation of animal experiments.