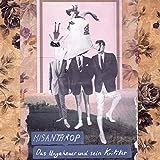 Winkle cats are shrill, colorful and quite original, and in Japan, the weird, beckoning figurines are called Maneki-neko. But why are the cats so popular at all and what is the meaning of an angular cat?

Maneki-neko: More than just decoration
In Asia, you can find the cheesy figures on every corner and there is much more than a decorative item. The upright cat is in the entrances of stores, lotteries, shopping malls, restaurants and even brothels in Japan, China, Taiwan or Thailand. Placed there, they should keep the disaster out and bring in the reverse luck. In addition, more customers should be welcomed by the friendly characters.
In essence, it is crucial with which arm the cat beckons: With the left, it should attract potential customers, it uses the right arm, this is supposed to provide wealth. There are also occasional models that wave with both arms, but this is often quite aggressive and exaggerated. In general, in a Winkekatze: The higher she raises her arm, the stronger their effect.
Today, the colorful cat figures are not only to be found in Asian shops, but also more often you see them in shop windows of other shops.
The Maneki-neko is not only set up in public areas, but it also serves the private purpose. Placed in front of the apartment, she should also bring happiness and prosperity here.

Wink cats: their special appearance
As a model for the figure is the Japanese cat breed Japanese Bobtail, which also often has three colors. The typical upright ears and stub-tail were also derived from the animal’s original. Usually one carries Winkekatze a collar with a golden bell, on which is engraved, which luck should give the cat exactly.

Previously, the cats were mostly made of ceramics. Today, they are predominantly made of plastic, but clay or porcelain models are also available. These are accordingly higher quality and also more expensive. small models are usually between 9 and 20 cm in size, but also angle cats between 20 and 50 cm are available.

The colors of the Winkekatze
For many people, the Maneki-neko is just a pure decoration object, which is apart from the Glücksbruinger function especially by the shrill design an eye-catcher. However, the colors of cats have a special meaning:

Wink Cats – more popular than ever
In the meantime, Maneki-neko is not only a pure ceramic or plastic figure, but meanwhile, it can be seen almost everywhere: as a tattoo, on shirts, as a motif on coffee mugs, on rings or even car keys. If you are looking for great motives with a Maneki-neko, there is plenty of choice available on the Internet in particular. There are no limits to the imagination here.