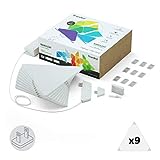 A good illumination of the work surfaces in the kitchen is one of the basic requirements for the safe handling of sharp knives and other potentially dangerous tools. The usually mounted in the middle of the ceiling surface lamp is not really suitable for this purpose. The own shadow darkens the area, which should be well lit. Until a few years ago, therefore, small or large fluorescent tubes were mounted under the wall cabinets in the kitchen. However, the tubes usually had to be hidden behind an additional aperture so they could not dazzle anyone. On the other hand, much more practical are underfloor luminaires in triangular form. The so-called triangle lights are small and can be mounted so that they illuminate exactly the area for which this is desired or required.

Which materials and colors are available for the housing of the triangular luminaires?

Interestingly, triangle lights are virtually only available with a stainless steel case. Only at the surface there are differences. In addition to a brushed matt finish, triangle luminaires with a glossy finish are also available. Neither colored nor triangular luminaires with plastic housings are currently offered. The reason for the metal housing is probably due to the large heat development in the case of triangular luminaires with halogen lamps. Perhaps this will change over the next few years as the halogen bulbs are more and more replaced by LED bulbs. On the other side you can see one triangle light under a wall cabinet barely when it is not turned on.

The Rolux DF-1940 set of 3 triangular lights is equipped with 3 LED lights each with 3 watts. All three lampsare switched on or off via a central switch.

Which lamps can triangular luminaires be equipped with?

With the triangle lights you have the choice between halogen and LED bulbs. Ordinary incandescent or energy-saving lamps were never available due to the small size of the triangular luminaires. Most triangular lights are still delivered with halogen lamps. However, it is better to buy triangle lights with LEDs, even if they are more expensive. This saves a lot of electricity and the service life is significantly longer with up to 30,000 operating hours. A 3 watt LED lights up as bright as a 30 watt halogen bulb. In addition, halogen lamps will not be available in the not too distant future.
When buying triangular luminaires, you should pay attention to which beam angle the lamps used have. The beam angle should not be too small. At a small beam angle, the light cone is relatively narrow, so that the working surface may be illuminated only in a limited area. Also, the so-called light color should be considered. For LEDs, the light color ranges from warm white to cold white and is given in Kelvin. Which light color you choose is a matter of taste.

A good 5-piece triangular light set offers vislux with 5 x 3 watt LEDs. The set includes a central switch and a 15 watt transformer. For the LEDs, the manufacturer specifies a lifetime of 20,000 hours.

Do you need a transformer for LED triangular lights?

Many LEDs can not be connected directly to the mains. This usually also applies to the LEDs in triangle lamps. However, the transformer is included in almost all offered triangular light sets with LEDs.

The SO-TECH LED triangular lighting set consists of 5 triangular lights, a transformer and a central switch. The housing of the triangle lamps are made of matt brushed stainless steel. The small, flat transformer finds its place comfortably in or behind a wall cabinet.

When buying triangular lights you should not look at the price first. Although triangle lamps with halogen lamps are often even cheaper than triangular lamps with LEDs. However, the follow-up costs quickly make up for this small advantage. When a LED lights for 30,000 hours and the triangle light 2 hours a day, then it takes about 41 years before a new LED has to be bought. Around 800 kWh of electricity are also saved per lamp.