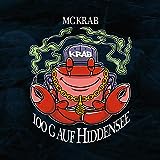 Laval lamps are made in a variety of designs and inspire with their colorful, rising colors. The futuristic-looking lights are absolute eye-catchers in every room.

The functioning of a lavalampe

A lavalampe is powered by a light bulb that typically has 30 to 40 watts. The light bulb serves as a heat source. It is responsible for heating the wax in the lamp. Once the wax has warmed up sufficiently, it liquefies, causing its density to change. Due to the altered density and expansion, the wax is able to move. The wax, which is often referred to as „lava“ in the case of such a lamp, eventually rises. Once the wax has reached the top of the lamp, it cools down slightly, causing it to sink downwards. At the bottom of the lamp, it warms up again, so the procedure starts again. A lavalampe We are thus operated by the heat of a light bulb and not by the light. But this also means that the more power a light bulb brings, the faster the heating of the wax, so that also reduces the startup time of the lamp.

What is a lava lamp made of?

A lavalampe generally consists of a heat source, usually this is a light bulb, the „wax“ or a waxy or oil-like substance and a clear liquid. Shape, size and colors of one lavalampe However, they are very different. Incidentally, this also applies to the start-up time of the lamp, which is the longer the longer the lamp is. With a large lamp, more time is needed to heat the individual parts. However, one should generally refrain from shaking a lava lamp, since the various liquids must not mix.

What to do if a lava lamp suddenly stops working?

Of course, even a lava lamp does not have an unlimited shelf life. If the lamp suddenly does not start anymore, it is often simply because the light bulb is defective. Before the lava lamp is disposed of, you should first replace the bulb. However, if the liquids were mixed or the lava lamp has become cloudy, then in most cases, you can not save them.

In which room is it best to set up a lava lamp?

A lava lamp can generally be installed in a wide variety of rooms. However, you should not place them in damp rooms, such as in the bathroom or in the kitchen, as the humidity of the lamp can harm. Otherwise, for example, she looks just as good in the living room as in the children’s bedroom, bedroom or dining room. If, for example, the lava lamp is placed in a darker corner, it will be particularly effective here with its colorful colors. It is best if you tried different, in question places just once. A lava lamp is always an absolute eye-catcher, which certainly attracts everyone’s attention automatically.