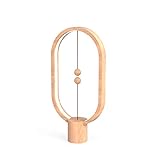 Above all else, lamps must be able to illuminate living spaces, bring light to the workplace and to the kitchen. Of course, they should look good, but the look is conventional and functional lampsnot in the foreground. Designer lamps have to be able to do both. Deliver good light while still looking extraordinary. Designer lamps are always part of the home furnishings. Often they are an eye-catcher or form a contrast to the rest of the atmosphere. Designer lamps are available for every living and working area. Whether as a ceiling or wall lamp, Floor lamp or desk lamp, with a designer lamp, interesting, playful or simply elegant accents can be set throughout the house.

What are the characteristics of a designer lamp?

The most important feature of a designer lamp is the visual appearance. Because design means first and foremost the design of a product in terms of appearance, followed by functionality and usability for a particular purpose. Not all so-called Designer lamps live up to this claim. For many lamps, the exceptional design is further underlined by the use of materials unusual for a lamp or unusual combinations of materials. Occasionally, the design claim is also emphasized by an unusually oversized size. A designer lamp does not always have to be bizarre, shrill or particularly colorful in order to be considered a designer lamp. Many design classics and modern ones Designer lamps captivate with their simple and simple design, which outlasts the time and is perceived by many people as timelessly beautiful.

The Tomons reading lampis an example of the reinterpretation of a classic lamp design that has been repeatedly rediscovered for many decades. The arm of the table lampThis time it is made of wood and can be adjusted several times in inclination. The lamp is an energy-saving LED with 4 watts and E27 thread.

Which illuminant should be used in a designer lamp?

The days of ancient bulbs are numbered. Even the only slightly more economical halogen spotlightswill gradually be replaced by economical bulbs such as energy-saving lamps or even better LEDs. Although energy-saving lamps consume significantly less energy than a conventional light bulb and have become relatively inexpensive, the major disadvantage is the mercury content in the fluorescent tubes. The disposal of disused energy-saving lamps must therefore be done on the hazardous waste. Much better, though even more expensive are LEDs. The disposal is simple, the energy consumption once again significantly lower and the life of 20,000 hours and more much longer than with all other bulbs. Whenever possible, therefore, a designer lamp should only be equipped with LEDs.

The wall lamp MOD-B by KML is a very simple and elegant designer lamp with images, built-in, warm white LEDs (4.8 watts) puts pictures in the right light. The lamp is a total of 50 cm long. The housing of the lamp consists of a combination of aluminum and plastic.

The materials of designer lamps

There are hardly any limits to the material selection. Unusual combinations and extraordinary materials are used equally in designer lamps. Commonly used materials are wood, metal and plastic. Sometimes it is just a cheap-looking plastic that makes the special charm of a designer lamp. Relatively often, non-common materials and materials such as cardboard, corrugated cardboard or straw are used in lamps to give the lamps an ecologically positive image.

Which designer lamp you ultimately choose is a matter of taste. The main thing is that the lamp meets the personal expectations and fits into your own home. Attractive designer lamps do not have to cost a lot of money either. A look at the processing of the lamp is definitely worth it, even if the own taste in a year or two has changed again and a new designer lamp is to be purchased.